The community center and the pediatric clinic are part of a northern Quebec context, specifically in Kuujjuaq, Nunavik, Quebec. The existing building is an old store that is redeveloped in its entirety. Indeed, the ground floor hosts a community center and a social pediatric clinic inspired by the work of Dr. Julien, a games room, seven new offices, meeting rooms and exchange, storage space, as well as several other services. An outdoor terrace is also set up with a view of the Koksoak River to provide users with the opportunity to hold community activities outdoors. Universal access for people with reduced mobility is also provided to make the building accessible to everyone. These new spaces will allow the community to meet and interact in a place where several health center stakeholders will be present at all times.New windows pierce the existing facades to let more light into the more closed spaces. Thus, the interior of the building will consist of bright, friendly and harmonious spaces for users.In order to anchor the project in its community, the integration of an Inuit community mural is also planned. Indeed, the space to the left of the bridge on the front elevation is large enough to accommodate a work that will have the potential to become an important symbol for Inuit. In another vein, the exterior painting depicted refers to a climatological concept and a gradation of warm colors ranging from sun-yellow (in the south) to scarlet-red (in the east and west). . In all, 7 shades of paint will be used on both sides of the metal corrugations of the existing facade cladding. The flamboyance of the elevations offers a new life to the building. It becomes a visible and identifiable meeting point for children, adolescents and adults in the community.Finally, the project offers a program that meets the needs of the Ungava Tulattavik Health Center (CSTU) and the Kuujjuaq Inuit Community. 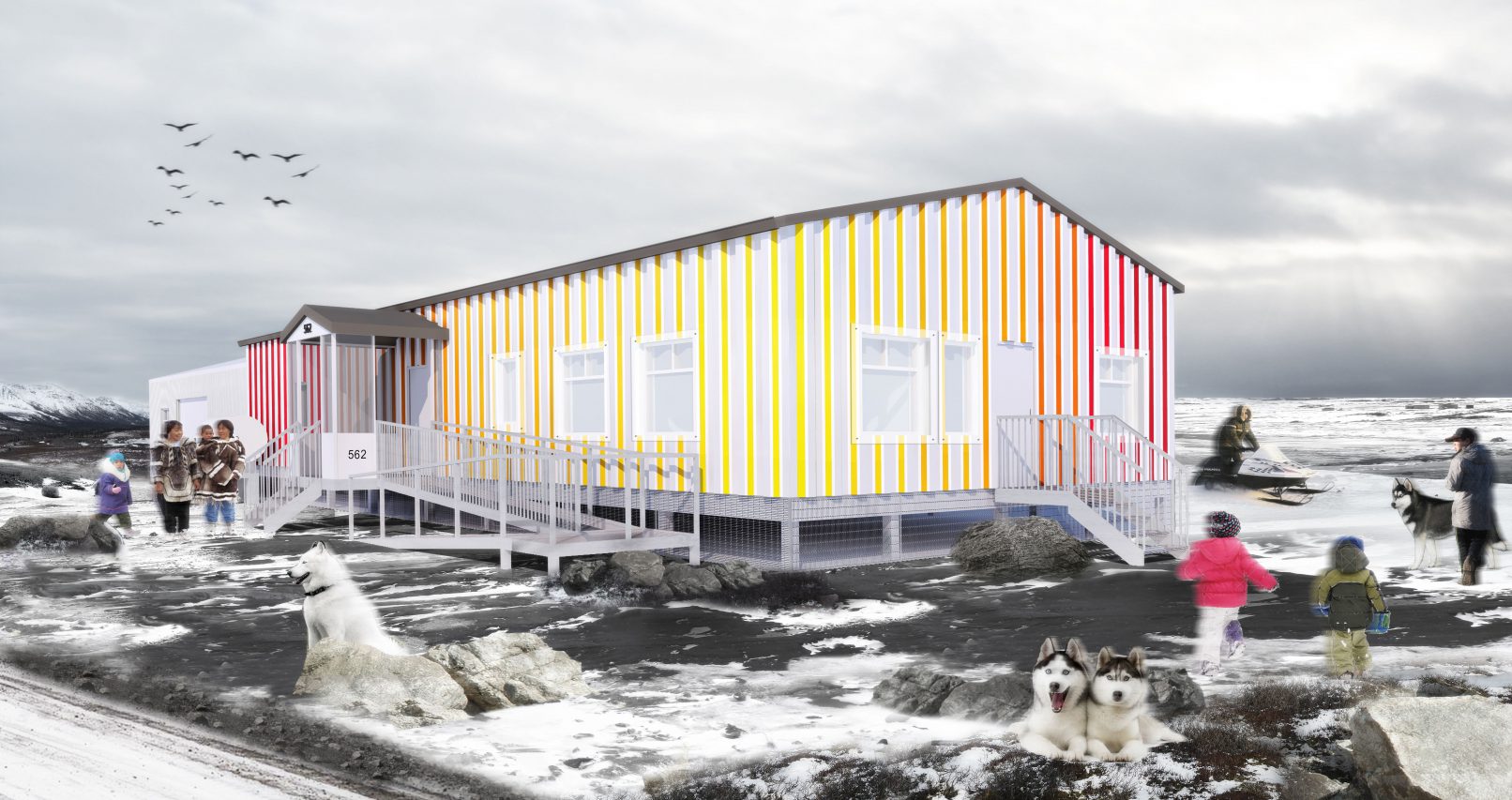 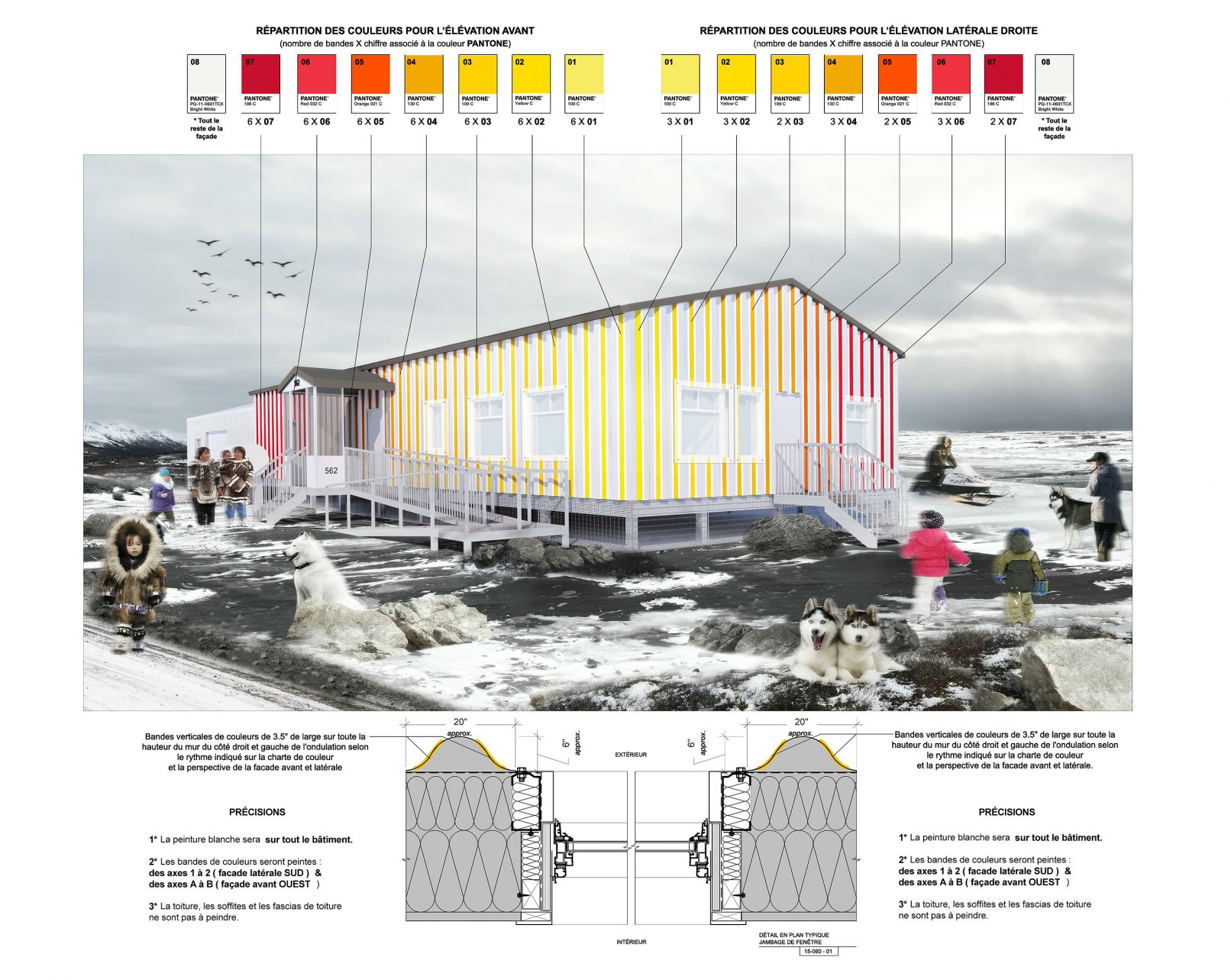